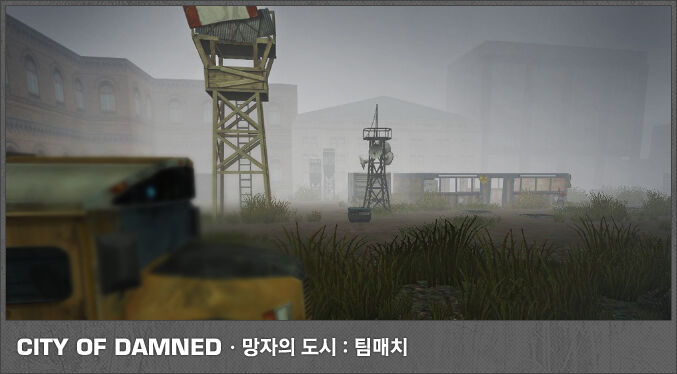 The last survivors were split into two teams: Red and Blue, both will face waves of zombies till one of them is defeated.

Protect your team shelter and destroy the opposing force's shelter.

Zombie Shelter: Team match introduces a more different and realistic method of building things. Building Menu can be opened by pressing B key. After purchasing any given item, you will have to build it manually after positioning it on a surface. This can be done by clicking LMB (Default) to any selected area, and then holding primary fire until it is finished. You may destroy a building (except the shelter itself, which repairs it instead) or cancel a selection with RMB (Default).